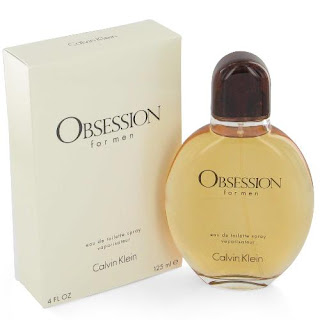 The story you are about to read is true. Only the names have been changed to protect the innocent (and the guilty).

One of the guys I work with, let's call him Herb, is obsessed with another one of our co-workers, we will call her Jennifer. Herb is the 42 year old virgin. He has never dated. One reason is his attitude has always been that he was not going to change one bit and if the woman didn't like it she could hit the road. (I know, it is amazing that that charmer isn't fighting off the women.) His obsession with Jennifer began because she was nice to him and talked to him. A lot of our co-workers don't like talking to Herb because he is so opinionated and never hesitates to state his case. He complains more than he talks. Some of his favorite topics are crooked management, the laziness of our co-workers, the general incompetence of Wal-Mart, and the greatness of Food Lion, where he worked before. I have asked him before if Food Lion is so great why are you here? I have never got a straight answer. I believe he was fired and they won't rehire him. He probably talked about them the same way when he worked for them.

A little about Jennifer. She is married but was separated from her husband when Herb became interested in her. She was nice to him and he took it as she was interested in him. Herb keeps coming to me for advice because I am one of the few people in the store who really likes him. He would ask questions and I would give him advice. I kept warning him that he is dealing with a married woman and until there are divorce papers he can expect nothing. He began getting worried that some of our co-workers were trying to talk Jennifer into going back to her husband. He made such a nuisance of himself he was given a verbal warning to cool it or he would be fired. That slowed him down, but all it took was Jennifer to smile at him and he was convinced she was interested in him.

Last week Herb's worst fears were realized. Jennifer went back to her husband. Herb refused to believe it unless she told him personally. Jennifer had told Vickie, my lady, and I told Herb. When he said he still wouldn't believe it, Vickie told Jennifer that she needed to tell him. Jennifer was not going to do that. She never said why, just she would not do it. She made it clear that unless Herb stopped she was going to go to management. I talked to Herb. I told him it was over and to stay away. I thought I had got that into his thick skull, but he confronted Jennifer himself. She flat out told him it was none of his business. I told Herb it was over and he needed to move on. Of course, being Herb, he was not about to do so. Yesterday morning he came up to me and asked how long it lasted before a couple separated again. I told him it was over and to move on but he told me it wasn't over. I hated to do it, but I tipped management off to the situation and told them to keep an eye on Herb. I also decided the next time Herb mentioned Jennifer I was going to verbally lay into him. Last night Jennifer gave him the cold shoulder and Herb came to me for advice. I told him it was over and he was now stalking her. I think I finally got through to him. He then asked if he could ask just one more question and told him only one. He wanted to know if he and Jennifer could ever be friends again. I told him probably not. I had told him not to go to Jennifer, he did it anyway and he had blown his chance. Hopefully he got the message. If he didn't, he will probably get fired.
Posted by Jinxo56 at 11:02 AM

Oh man, that is just kind of creepy

I hope he has got the message. I will know Saturday.