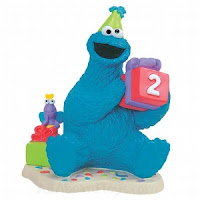 Two years ago today I started this blog. I am going to finish my birthday list and then I will have some comments about my blog.

41. Unlike our former chief executive I did inhale. Twice. I was 22 at the time. I never got a buzz.

42. I tried smoking. I bought three packs of cigarettes and probably only smoked one. After the third pack I decided not to waste any more money on them. I was 22 at the time.

45. I kid My Lady about being her boy toy. She is five years older than me.

46. This is my third blog. I will talk about the other two after I am done with this list.

47. I have no plans on getting married again. My Lady and I both agree that if we lived together we would probably destroy what we have going. We don't want to mess it up.

48. I rarely sit and watch television. I have it on and half watch while I am doing other things, like blogging.

49. I broke my arm when I was 4. My Grandpa only had one arm and he had always told us he had broke it off. After that he never told anyone that.

50. My son accidentally broke my thumb when were wrestling. You never know how valuable a thumb is until you can't use it.

51. I have never flown on a plane and I plan on keeping that record intact.

52. I prefer to listen to books on tape in my car rather than listen to the radio.

53. When I started this blog I did not plan on revealing as much about myself as I have.

Thank you to Dana and Al for letting me know you found these posts interesting. Thank you also to everyone else who has read this.

As I mentioned earlier, this is my third attempt at a blog. The first was called In Purple I'm Stunning. I did it for about a month but She Who Left In The Middle Of The Night complained I spent too much time on the internet. After hearing that enough I just quit. For some reason I was encouraged to do it again, so I started one called Patchworks, because it would have been about a variety of subjects. SWLITMOTN actually created some graphics for it, but she also tried to edit it, arguing with me over the content, so I decided it wasn't worth it. After she left I decided to try one more time, reverting to the original title, with the addition of the 2.0. After all, when a computer program is updated they release version 2.0, so why not a blog?

Today's post is number 378. It should be higher, but I can be lazy at times. I have had a lot of fun doing this and have met some great people because of it. I hope those of you who are reading this have enjoyed what you have read so far and will keep coming back. Thank you.
Posted by Jinxo56 at 10:04 AM

I enjoy it and keep coming back. Thanks!

Never been on a plane, huh? Well, at least you've been able to avoid airports, which I've always hated. Sitting in an airport makes me so impatient. It would really help if they could make the seats more comfortable.